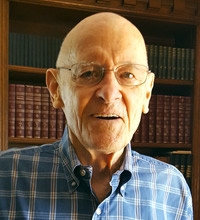 When the American Red Cross has needed leadership and support, volunteers have stepped forward and helped out. One outstanding example of Red Cross leadership is George Nicholson III. George’s dedication to the Red Cross resulted in his becoming a Legacy Society member, by making a gift through his will. He says that his belief in the critical importance of such services as disaster relief and maintaining the nation’s blood supply motivated his actions to become Legacy Society member. George’s believes his gift represents an investment in the future of the Red Cross and its lifesaving programs.

George’s involvement with the Red Cross began during his undergraduate days at Cornell University, when he first donated blood. He may not have suspected it at the time, but his commitment to the mission led him to leadership positions, first at the local level, and later nationally. He continued to donate blood two or three times a year, into his 80’s.

Over the last four decades, George has offered his financial expertise, his wisdom and his leadership. An attorney with whom George was doing business was serving on the Red Cross board of directors in Southeast Michigan, and he brought George onto the board in the 1970’s.

His interest and expertise as a Certified Public Accountant led George to later serve on the national Red Cross board. Along the way, he also served as a board member for Blood Services. In that capacity, he accompanied the Red Cross medical director on visits to various local hospitals, to learn how well the Red Cross was meeting their needs. He chaired this effort for several years, and helped to sustain the hospitals’ relationships with the Red Cross.

If you would like information about how you can support our mission and help those in need by creating your own legacy like George has done, please contact our Gift Planning Office at 1-800-797-8022, ext. 5, giftplanning@redcross.org.